Help Yourself Skyrocket Your  Performance So You Can Be The Most Elite Soccer Player You Can Be - anytime of your season
YOU MIGHT BE IN THE SAME BOAT AS MANY PLAYERS:

You want to fully tap into your potential as a player

You want to play with joy and flow

You want to keep excelling and climbing to new levels

You want to be in "the zone" more often and longer

You want to keep your body healthy throughout your season

You want your coaches and teammates to trust you fully

Simply put- you want to be the best version of you

Your thoughts and level of consciousness dictate how you play.

So many times the athletes I work with are consumed with thoughts about what other people think about them, especially their coaches and teammates.

This is absolutely normal!

But, what if you no longer took that or other thoughts seriously and just observed them?

It can be tough to do but more than possible.

But, you probably need some help doing that.

What if you gave yourself a gift that changed your life forever?
The Soccer Player Re-Centering Intensive is here to help you break free from those thoughts that hold you back and lead you to a new and higher level of performance with help from a Transformative Life Coach who was also a highly successful soccer coach!
The Soccer Player Re-Centering Intensive is designed to bring out your fully powerful and confident self back out into this world so you can succeed on the field and in all aspects of your life!

In this intensive you will receive:

Three 60-90 minute coaching calls on the phone with Gabe. In these POWERFUL sessions, you bring what you feel is holding you back and you and Gabe will unpack them together. What you might bring to the call might just be on the surface of your experience and Gabe will work at unpacking it and dig deeper to see the true root cause and how to work through it so you can step into your full power.

After each session you will find a deeper sense of inner peace, clarity, and confidence.

One of these sessions will include a strategic plan to improve on performance during your season in the four pillars- technical, tactical, physical, psychological.

A 30-minute distance Reiki- an energetic healing method, which helps balance emotions as well as heal the body physically.

After this Reiki session, you will feel a tremendous sense of calmness and feel your energy flowing throughout your body.

A guided mediation with binaural beats, created by Gabe, which you can use anytime and will help you on your journey to stay balanced and grounded and also manifest what you want on the field and in life.

Unlimited email or messenger support in between sessions.

After this intensive you will unleash the full power that is inside you. You will live life with supreme confidence and see yourself in a new light!

Who Am I To Coach You? 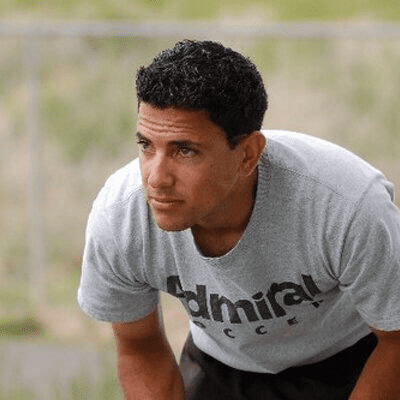 I'm a Transformative Life Coach as well as a soccer coach. I have helped developed soccer players to the college, semi-pro, professional, and international levels and coached a youth team that was ranked top 10 in the US. Additionally, I coached successful high school, semi-professional, and Olympic Development Program teams.

I have a National “B” license from the US Soccer Federation and understand how to develop players and to bring out more potential by focusing on all the pillars of sport- technical, tactical, physical, and the one I concentrates on the most, psychological.

I also have a Master’s Degree in Mental health Counseling as well as a certification as a Transformative Life Coach, in which I've worked with athletes in Major League Soccer and United Soccer Leagues. Read some testimonials here.

I host a podcast called Clarity For Parents of Athletes, in which I interview former and current professional athletes about their journey in sports. I use these stories to help current athletes who are looking to take their game to the next level.

I absolutely love coaching soccer.  At the same time, I do not fully enjoy the travel and some other aspects of "the grind".  But, I do fully love helping players get the most out of themselves and am dedicating my life to doing that.

As I developed my soccer coaching, I started to mold my natural innate abilities as a leader and teacher with knowledge of the four pillars in any sport- technical, tactical, physical, psychological and made sure to focus on each one for each one of my players.  I saw how that focus led to my players achieving potential they didn't even know they had in them.

Now as a Transformative Life Coach, I see how those pillars still lead to success and also help players work through their biggest obstacles- their belief in their thoughts.  Everyone has three fears they operate from:

Fear of not having or losing security (playing time, job, etc.)

I help players, and people in general, work through those feelings and thoughts in order to free them from them and experience life on and off the field with more freedom, trust, and flow.

Here's What You Will Experience After Going Through This Intensive

You will understand what actually creates your experience of life and how to simply witness your thoughts and emotions instead of getting caught up in them.

You will feel more empowered after realizing that you create your own reality and everything outside of you is completely neutral. All you ever need is inside of you right here, right now.

You will feel more grounded in even the most difficult situations on and off the field.

You will understand how to manifest what you want in life and that you have always been the creator of your reality.

You will feel a sense of freedom when you play, just like you did when you were young, which of course only ever leads to higher performance!

This and so much more!!

Here's How To Join

Just enter the information below, checkout and make sure to schedule your first call with Gabe by using the link provided.

Select to pay in full or split up your payments in two.

You're just one click away from helping you skyrocket your performance in soccer and in life!

You'll be so glad you did!

See you inside the intensive!

All prices in USD